The most tournaments wins were achieved by Alexander Pusch from FC Tauberbischofsheim. He won the “White Bear” six times within 14 years and therefore is the most successful participant in this traditional tournament.

17 years, and thus the longest period, Elmar Borrmann put between his first and last win at the White Bear.

Until now only Haakon Stein, Elmar Borrmann, Pavel Kolobkov, Jörg Fiedler and Tristan Tulen were able to win the „White Bear“ two times in a row. A win hattrick has not happened yet in the history of the “White Bear”. 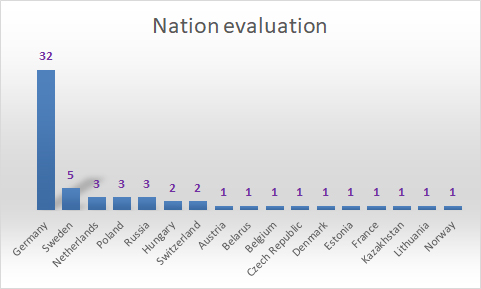 Fencers from all in all 17 nations could list themselves on the list of winners. By far in the lead is Germany with 32 wins. Swedish fencers could achieve 5 wins. Poland, Russia and Netherlands made it to 3 wins.

The Dane Frederik Von der Osten is until now the only multiple winner in the U23 evaluation. Moreover, he accomplished that two years in a row. Von der Osten was also the first U23 fencer to win the whole tournament „White Bear of Berlin“. Aymerick Gally (2017) from France and Jakub Jurka (2018) from the Czech Republic repeated this great performance.

Uwe Proske was the only winner from Berlin In 1991 he won the desired title for the SC Berlin.